In recent years, with the deepening of people's understanding of IT systems, the design and application of IT systems are becoming more and more extensive. Among them, medical isolated power systems are typical applications of IT systems in medical facilities [1]. Due to the special nature of its functions, hospitals also have special requirements for their distribution methods. Such as hospital surgical equipment, equipment for maintaining the life of patients, etc., in order to ensure the continuity and reliability of power supply, to ensure the safety of equipment users and patients, should use IT system power supply, supplemented by high-demand local Equipotential bonding [2].

In medical IT systems, the device used to monitor the system's operating status in real time and alarm in time when the system fails is an Insulation Monitor (IMD). In addition, an external alarm and display device should be set up. External display device). GB 16895.24-2005/IEC 60364-7-710:2002 "Electrical installations of buildings - Part 7-710: Requirements for medical devices for special installations or establishments". Requirements in 710.413.1.5: Each medical IT system, equipped with A device with an audible and visual alarm system that should be installed in a suitable location so that medical personnel can monitor it frequently. At present, most of the external display devices with communication functions are used. The device reads the monitoring data of the insulation monitor in real time through communication. When the insulation monitor detects the system failure, the device emits an audible and visual alarm signal. The sound signal can be released, but the light signal must be extinguished after the fault is cleared and returned to normal. When purifying the decoration in a medical class 2, the external display device used for monitoring the IT system of the surgical room is usually installed on the intelligence panel of the operating room, or the wall is installed next to the intelligence panel. The external display device used for monitoring various indoor ICU (CCU) indoor IT systems is usually installed in the nurse station and monitored by nurses. 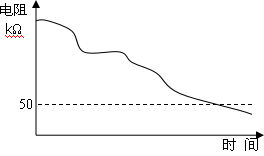 The above analysis shows that the centralized monitoring system of the upper computer is used to monitor each IT system, and the external display device with simple function is installed on the site for monitoring, which has better monitoring and prevention effects. This centralized monitoring system can be set up in the duty room of the hospital's electrical operation and maintenance personnel, or integrated into other power monitoring systems, and monitored by professional electricians. Once an IT system fails, electrical maintenance personnel can also Make judgments in the first time and deal with them according to the situation on the spot. In contrast, the external display device installed on the site is monitored by non-electrical professional hospital personnel. When the fault is alarmed, it is difficult for the hospital personnel to identify the cause of the alarm, and it is impossible to judge whether the work can be continued according to the fault condition. In many cases, electrical maintenance personnel may not be notified in a timely manner. If there is an insulation fault and it cannot be eliminated in time, if a second fault occurs, it will be converted into a short circuit between the live conductors and the overcurrent trip will stop, resulting in serious consequences.

For the design of the UPS capacity of the medical IT system configuration, the traditional method is determined according to the designed load power and considering a certain margin at the same time, usually multiplied by the coefficient of 1.2~1.5 based on the total load power. For UPSs that are individually configured for the operating room or intensive care unit, this design ensures the reliability of uninterrupted power supply. For UPSs that are distributed to multiple operating rooms, since not all operating rooms are in use at the same time, adopting this method to design UPS capacity will result in a â€œbig horse carâ€ situation, so that UPS When it is put into use, it is always in a low load rate, low efficiency, and high energy consumption. The efficiency of the UPS is proportional to the load ratio (the ratio of the actual output power of the UPS to the rated output power). The closer the rated output power of the UPS is to the actual load power consumption, the higher the efficiency. Generally, the load rate should be controlled at 40%~ Between 80%. Therefore, for the design of the capacity of the UPS in the operating room, in addition to considering the reliability, it should also be combined with the ratio of all operating rooms simultaneously, multiplied by a factor of 0.5 to 1, so as to overcome the UPS power reserve as much as possible. Defects with high energy consumption and poor economy.

In the operating room or ICU (CCU) power distribution design, the current method is mostly to assemble the medical IT system and related distribution circuit breaker into a power distribution cabinet, called an isolated power cabinet. In addition to the IT system, the operating room is equipped with a TN system for powering non-surgical equipment such as viewing lights, writing desk lamps, and electric doors. Isolation power cabinets for all types of intensive care units are usually only available in IT systems to power the care towers next to the wards in the intensive care unit.

The application of medical IT systems has been clearly required in China's national standard, but the design and construction status of medical IT systems are uneven. Some designs only consider economic costs but neglect safety, reliability and national standards. The intention of adopting an IT system is opposite. Once a power distribution equipment fails, it is likely to cause a major medical accident. Therefore, the author also urges peers to seriously study the application of medical IT systems and form a relatively uniform and standard design and construction method to better guarantee the reliability and safety of distribution in medical 2 types of places. Limited to the level, the author must have a lot of fallacies, but also be willing to ask the peers to criticize and correct.

Magnetic coupling is a special kind of coupling,which connects motor and machine by permanent magnetic force.They work in the sealness magnetic drive pumps,which transporting volatile,flammable,explosive and toxic solutions with no leakage. The appearance of Magnetic Coupling solved thoroughly the leak problems existed in dynamic sealing of certain mechanical devices. Magnetic coupling are widely used in various industries and fields,such as chemical,paper making,foodstuff, pharmacy,and so on. Magnetic coupling is consist of external rotor,internal rotor and isolating cover. 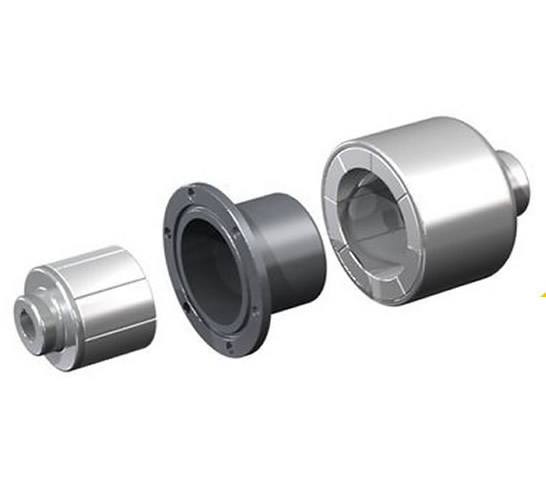