Abstract Diamonds can not only be processed into valuable jewels, but also in the industry. It has high hardness and good wear resistance. It can be widely used in cutting and manufacturing resin or ceramic bond abrasives. It can manufacture geological drilling drills, semiconductor and non-metallic materials cutting tools; due to high thermal conductivity...

Diamonds can not only be processed into valuable jewels, but also in the industry. It has high hardness and good wear resistance. It can be widely used in cutting and manufacturing resin or ceramic bond abrasives. It can manufacture geological drilling drill bits, semiconductor and non-metal material cutting tools. It has high thermal conductivity and good electrical insulation. A heat sink for a semiconductor device; it has excellent light transmission and corrosion resistance and is also an important use in the electronics industry. It is no exaggeration to say that a country does not attach importance to the development of industrial diamonds, so national defense modernization, industrial modernization and scientific and technological modernization cannot be discussed; however, the production of natural diamonds is too low, and only relying on artificial manufacturing can meet industrial demand.

Compared with the countries with higher output in the world, China's natural diamond resources are relatively scarce, the output is only 0.1% of the world's total, and more than 99% of the national industrial diamonds rely on domestic synthetic diamonds. At present, the production of synthetic synthetic diamonds in China has exceeded 90% of the world's total production. However, the amount of domestic artificial diamonds is low and the price is not dominant in the high-end market. 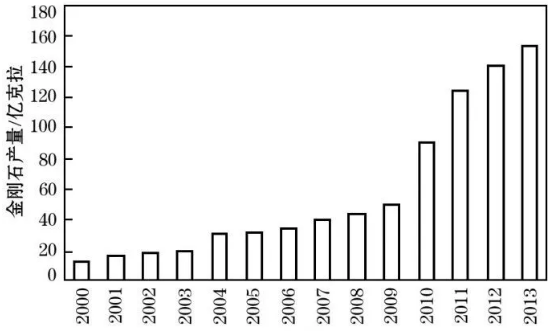 The birth of the first artificial diamond in the 1950s opened the gate for the research, production and application of synthetic diamonds, which was mainly due to the development of high temperature and high pressure technology. The development of ultra-high pressure and high temperature devices has successfully realized the good wishes of synthetic diamonds. What needs to be mentioned here is the outstanding contribution of the famous high-pressure researcher PWBridgman in the field of ultra-high voltage technology, and laid the foundation for this technology. The experimental group headed by HTHall, a general electric appliance company, designed a two-sided top device based on PWBridgman's mass support principle and solved the key technology of using metal catalysts to directly convert graphite into diamonds. A groundbreaking contribution to the development of synthetic diamonds. Hall first realized the manufacture of commercial synthetic diamonds on December 16, 1954. His breakthrough was mainly the use of a Belt double-face press that produced high pressures of 10 GPa and high temperatures of 2000 Â°C. This press uses pyrophyllite as a container, and graphite is dissolved in molten nickel, iron, or cobalt. These metals act as a molten catalyst that dissolves both carbon and accelerates its conversion to diamonds. Although the diameter of the diamond made at that time was only 0.15 mm, it was too small for jewelry, and there was no visual impact, but it could still be used as industrial grinding. His colleagues later repeated his work and published the results in the Nature journal.

In December 1963, China synthesized the first diamond in China, which opened the prelude to the production of China's diamond industry. In September 1971, before the "National Synthetic Diamond Conference" was held, the state leaders had repeatedly instructed that "this important strategic material must be based on the domestic market. Now it costs tens of millions of dollars to import from capitalist countries. What to do?â€ Today, Chinese synthetic diamonds can not only meet domestic demand, but also export abroad since the late 1980s. As of 2013, there were 62 diamond exporting countries in China, with exports of 2.33 billion carats and exports of US$135 million.

The synthetic press is the core equipment of synthetic diamonds. It is to create a high temperature (greater than 1400 Â° C), high pressure (greater than 5 GPa) synthetic cavity, in accordance with the carbon element equilibrium phase diagram, in this cavity, the carbon atoms form a stable diamond Crystal. The commonly used single axial presses in foreign countries are commonly known as two-sided presses. In China, a 90-degree three-axis press is used, which is a six-sided press. China designed and manufactured this six-face press from 1965. So far, almost all of the industry has adopted a six-face press and become a Chinese character. In recent years, well-known foreign companies have reversed their negative views on China's six-sided presses, bulk purchases, and the introduction of Chinese methods to produce diamonds. It must be said that this is also a successful case of Chinese manufacturing. 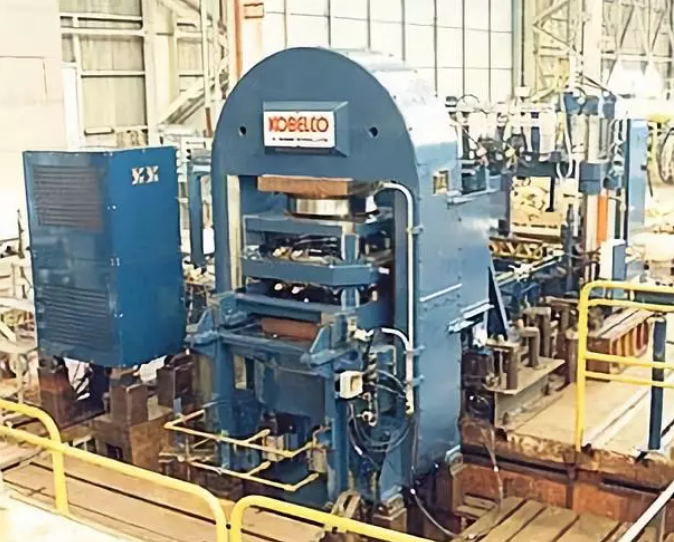 At present, commercial high-temperature, high-pressure and low-cost diamond manufacturing methods are difficult to produce gem-quality diamonds of more than 1 mm. GE's early development of high-temperature and high-pressure temperature difference method is still the only effective method. In 1970, Soviet scholars tried to prepare diamonds under low temperature and low pressure conditions in the laboratory, achieving a second leap in diamond synthesis technology. The diamond film (CVD) grown by the commonly used chemical vapor deposition method has almost the same properties as the single crystal diamond. But one problem with this method is that the growth rate is too slow.

Speaking of this, I have to mention a famous Chinese scientist, Ho-Kwang Mao. He is the world's top figure in the field of high temperature and high pressure research. One of the most important achievements of the world's outstanding high-pressure scientists is the use of high pressure to solve the scientific problem of "diamonds grow up fast". Mao Heguang was admitted to the Department of Geology of the Taiwan University in 1959. He received his Ph.D. from the University of Rochester in 1967. He entered the Carnegie Geophysical Laboratory in 1968. He was appointed Emeritus Professor of Jilin University in 1979. He was elected a Fellow of the American Academy of Sciences in 1993 and was elected to the Academy of Sciences in 1996. Foreign academician was appointed as the director of Jilin University High Voltage Science and Technology Center in 2002. In 2005, he was appointed as a professor at Jilin University. In 2012, he was selected as the top talent and innovation team project in the â€œThousand Talents Programâ€ to form the Beijing High Voltage Science Research Center. Serve as director. On August 10, 2017, the natural high-temperature, high-pressure iron-magnesium oxide new mineral discovered in the shale crater in northeastern China was named â€œMaohokiteâ€ by the International New Minerals (IMA) Nomenclature and Classification Committee. The Chinese name: Maoheguang Mine. Mao Heguang has made outstanding achievements in scientific research and published more than 900 papers, including 44 Science Journals, 19 Nature Journals, 63 PNAS Journals, and 63 PRL Journals. According to Google Scholar, Mao Heguang has been cited more than 50,000 times, H Index. 120. 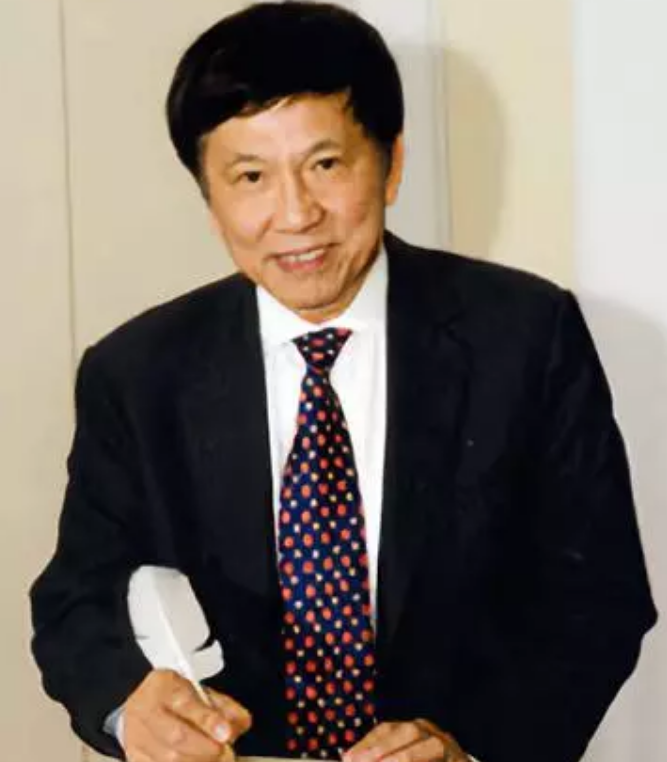 In 1988, Mao Heguang conducted hydrogen metallization research at an ultrahigh pressure of 250 GPa or more. It was observed that hydrogen became opaque after being black, and Raman spectrum enhancement was observed. Later, Mao Heguang used the chemical vapor method to "raise" diamonds, and the high-purity methane extracted from natural diamonds and biogas produced from cow dung, supplemented by hydrogen and nitrogen, and used in high-pressure microwave ovens to make methane Carbon molecules accumulate on the surface of natural diamonds and can grow up to 300 microns in an hour. With the advancement of technology, in 2005, Mao Heguang made a 10-carat colorless and transparent CVD diamond, which shocked the international academic community and the gem world. China's diamond pressure chamber (DAC) ultra-high pressure research work, under the guidance of Mao Heguang, developed from scratch, from small to large. In the 1970s, he began to cooperate with China to teach technology and theory and experimental methods. With his help, China's research work in mantle mineralogy, high-pressure physics, high-pressure phase transition and other aspects began to occupy a place in the world. In view of Mao Heguang's contribution, he was hired as a foreign academician of the Chinese Academy of Sciences in 1996. In 2002, the Chinese government awarded him the "National Friendship Award", which was called "respectable overseas talent" by the media. 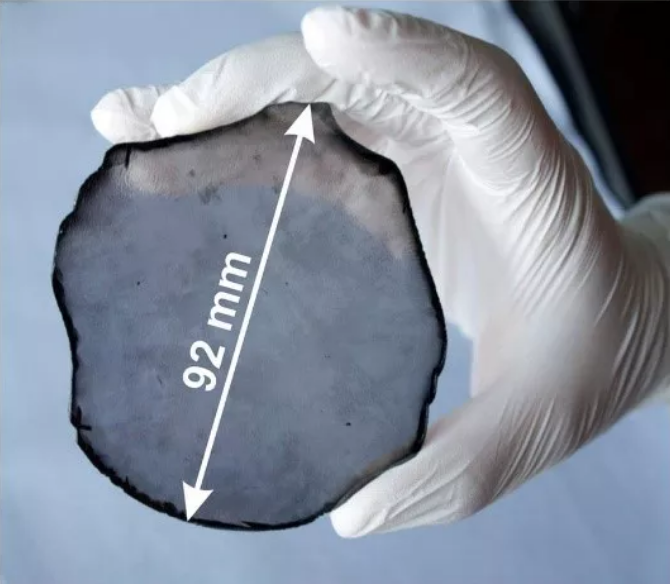 The technology of synthesizing diamonds has been developing. In 2017, the researchers at the University of Augsburg in Germany used chemical vapor deposition to study the cultivation method of super-large diamonds in a low-pressure environment with only one tenth of an atmosphere. . This single crystal diamond is 92mm in diameter and even larger than the diameter of the "Cullinan 1" on the Queen's Scepter. Although there is a gap between purity and sparkle in this large diamond and natural diamond, with the development of technology, scientists may be able to synthesize larger diamonds that are purer than natural diamonds in the near future.